St Patrick’s Day is on 17 March but you’ll find special events taking place in London throughout the week. 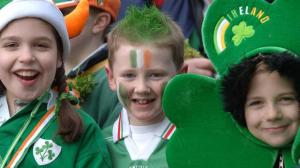 The St Patrick’s Day Parade takes place every year in London. It involves marching bands, floats, street theatre and more. All 32 Irish counties are represented, dressed in their traditional county colours. Other parade participants include members of London’s Irish community and other Londoners.

This year’s parade takes place on 17 March, beginning at 12 noon in Piccadilly. It then proceeds to Trafalgar Square, where you can enjoy the free St Patrick’s Day Festival until 6pm. Look out for The Puca, a giant inflatable dragon, winding its way through the streets during the parade.

The Trafalgar Square festival celebrates Ireland’s culture, including a wide range of traditional and contemporary dancing; a comedy tent hosted by the London Irish Comedy Festival; a film tent showing film shorts by Irish filmmakers; and a food market with the chance to sample produce from the Emerald Isle.

St Patrick’s Day is celebrated across the capital, with parties in many London pubs and bars. Expect green decor, traditional Irish drinks and lots of fun!

You might also find a special menu or two at London’s restaurants.

Saint Patrick is one of the patron Saints of Ireland and the day is traditionally celebrated with a feast. St Patrick’s Day is a national holiday in Ireland.

St Patrick’s Day is also celebrated all over the world, by people of both Irish and non-Irish descent

Sightseeing Tours of Ireland departing from London or Dublin: http://bestvaluetours.co.uk/ireland-tours